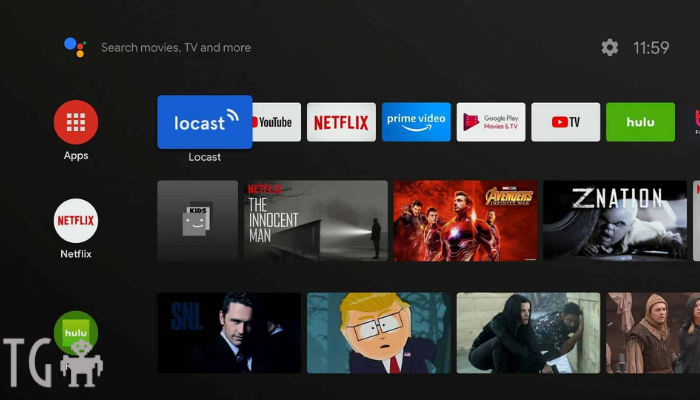 For many households, the only way to get local channels is through a cable, satellite, or streaming TV service like YouTube TV. However, these options are expensive. They usually offer the major networks CBS, NBC, ABC, and Fox, but they don’t always offer every local channel serving a particular market. To get all local channels including the major networks, you can use an antenna. But this isn’t an option for everyone.

Renters or homeowners who must abide by Homeowner Association (HOA) rules may not have the option to place an antenna on their roof. Depending on the area, indoor and outdoor antennas may pick up weak signals. To watch those broadcasts that you would have gotten for free (if only your antenna reception were better), you now need to pay. Or do you?

Well, here’s a better option is known as Locast which operates life in one of the 34 markets where users can watch the local TV broadcasters for free over the internet, no antenna or subscription required. It is a great choice for households that can’t use antennas but also doesn’t want to pay expensive cable, satellite, or streaming TV bills.

Locast.org launched in 2018 and has more than three million registered users, according to a spokesperson. It puts up antennas in select cities, collects over-the-air signals, and then streams them over the internet for your viewing pleasure and provides the channels that you would get with an antenna: ABC, CBS, FOX, NBC, and more. It has been a solution for people who live in areas where an indoor or outdoor antenna won’t pick up local stations. The service is free, though the group’s website is set up to take donations. At the moment, Locast only operates in the U.S. and only in 31 select cities, though that list has grown considerably since its launch. It is operated by Sports Fans Coalition NY, and its founder is David Goodfriend, a lawyer, and a former executive at satellite TV provider Dish Network.

HOW DOES LOCAST WORK?

It’s very simple and easy to use. Watching live streaming TV using Locast is easy. You can use the organization’s website, which has a built-in web-based viewer, or you can download and install one of the free Locast apps available for iOS, tvOS, Android, Android TV, Amazon Fire TV, TiVo, or Roku. To begin streaming on any of these platforms, all you’ll need to do is create a free Locast account. To start streaming TV, follow these steps:

When you sign in to the service, it will show you a TV guide display with the over-the-air channels available in your specific market. Clicking or tapping on any currently airing show will give you a brief description and the option to start watching. There’s no DVR capability for recording and no on-demand shows — just live TV.

With Locast, you’ll be able to stream on your phone, computer, or to a TV with a connected device like a Roku, Amazon Fire TV, Apple TV or Google Chromecast. It features a live guide, but there is no DVR or an on-demand section. When you find something that you want to watch, select it from the live guide and click the “Watch Now” button. The stream will start within a second or two. Also, users can stream Locast on up to four devices at the same time.

It is intended as a way for people to receive their local, over-the-air broadcasts without the use of an antenna or a cable/satellite subscription, you can only watch the channels you’d normally be able to access through these traditional means. Although, in theory, these geofenced broadcast limitations could be overcome using a VPN, Locast is not designed to give viewers access to non-local stations.

Is Locast Legal and Reliable?

The major networks have filed a lawsuit for copyright infringement, but Locast insists its service is completely legal based on a 1976 copyright law. It disputes that claim and has filed a counter-suit. The courts are letting it continue operations pending the outcome of the lawsuits, which are still making their way through the system, but cable networks have a long history of winning these sorts of suits.

Despite its looming legal jeopardy, however, Locast isn’t slowing down. The major broadcasters claim this exemption was intended to cover over-the-air translator stations. However, Locast was founded in January 2018, but the networks didn’t sue until July 2019 after AT&T made a $500,000 donation. They used that donation to claim that Locast is being bankrolled by cable and satellite providers. The timing of the lawsuit may suggest that the broadcasters themselves think Locast has a strong case regarding the “secondary transmission” exemption.

It also argues that it provides a vital service to local communities. People who can’t easily access local channels can use it to stay informed about major storms and hurricanes, health updates, local news, weather, and sports through their local broadcast TV stations. The case hasn’t yet gone to trial, so until the courts make a final decision, the legal status of Locast is unknown.

Many users have spent a lot of time streaming Locast since it launched in my city in mid-2020 and haven’t had any major issues. The picture quality isn’t always the sharpest, but it streams without buffering. Although, one thing has been noticed by many users around the start of football season in 2020 was a pop-up that warned about streaming issues when a lot of people were using the service. But, Locast has claimed that it made improvements to the service to meet user demand.

Despite its looming legal jeopardy, however, Locast isn’t slowing down. At last count, the service registered a user base of 2.3 million, up from 1 million as of February 2020, according to MediaPost. With its current 31-city footprint, it has the ability to serve 168 million people or 51.7% of the U.S. market. In November 2020, Goodfriend said it had attracted enough paid donors for Locast to achieve operational sustainability.

Currently, Locast has shut down as of September 2, 2021. In a brief statement, Locast said: “As a non-profit, Locast was designed from the very beginning to operate in accordance with the strict letter of the law, but in response to the court’s recent rulings, with which we respectfully disagree, we are hereby suspending operations, effective immediately.”

No comments to show.